It also helped, she adds, that there was never really enough time to think about anything else other than learning a new routine each week. ‘People talk about the Strictly… “bubble”, and let me tell you, it’s very real. Your lite is consumed by the show, which is good when you want to give it your all and be really focused. On Monday, we’d get all the choreography thrown at us. Then on Tuesdays and Wednesdays, Pasha would start breaking it down, trying to help me understand the very strict my cleansing and moisturising routine before I go to bed, and massage in a few drops of Humity Aatural Antic-Ageing facial Oil (£60 for 30ml; lumitylife.co.uk) every night.’

So was Ashley’s Strictly… experience everything she thought it would be? ‘Everything and more. Definitely morel’ she exclaims with a giggle. ‘All my girlfriends who had done Strictly… warned me how physically challenging if was, but because I consider myself a pretty fit and healthy person, I was like, “I’ve got this!” But you can’t really understand [Ashley laughs hysterically] the demands your body faces! Doing Strictly… was amazing, but it was also the toughest thing I’ve ever done -physically, mentally and emotionally. I had such high expectations of myself for the judges and the audience; I pushed myself in ways I’d never done before. If was completely different to getting ready for the last Pussycat Dolls tour 10 years ago, when we prepped for a month, going over and over the same routines, and not being judged if there was a toe out of place.’

Ashley reveals that her and Pasha – now a ‘buddy for life’ – mostly trained for nine hours a day, but there were a few days where he stopped rehearsals after six. ‘Some days my body would just shut down, or there’d be no more storage left in my brain to take anything else in. Pasha would say “okay, we’re done”, while I just stood there with a blank stare. But the stamina I built up was amazing.’

Prior to signing up for Strictly…, Ashley regularly exercised four to five times a week Ashley says she doesn’t drink alcohol it she wants to feel good the next day ‘as it hits me much harder than it used to’ with low-impact workouts such as boxing, Spin and hot yoga classes – which she favours due to her ‘dodgy knees’, which she initially feared would prevent her from faking part in Strictly… – plus one-on-one sessions with top PT Dalton Wong of Twenty Two Training (twentytwotraining. com) to ‘tighten and tone’ her body. Fitness is a way of life for her: a habit she credits to her mum, who was a Step aerobics, Pilates and fitness instructor while she was growing up.

‘I like to work out in the mornings as I think it’s the best way to start your day,’ she confesses. ‘I love to get my sweat on, release feelgood hormones and feel my heart thumping in my chest – that’s how I connect with my body. It’s all about feeling good, feeling strong and feeling healthy. I’d planned to continue my workouts throughout Strictly…, but I was too physically exhausted.’

So does she think her existing fitness levels helped to improve her performance during her dance training? ‘I do think it helped… how could it not?! My core strength certainly helped during lifts,’ she admits. ‘But I don’t think you can compare 45 minutes of 20-30 second intervals of high-intensity exercise followed by 10-second rests to running through a 90-second dance routine over and over for eight hours – it’s a totally different animal. Although I was already slim, I definitely got much tinier during the Strictly… process, and had lots of comments saying “you’re getting too small!”. Thankfully, my body had a much-needed rest over Christmas and I drank a bunch of wine as a rare treat, so I’ve gained a few pounds back!’

When it comes to food, she’s much more likely to indulge. ‘I love to eat clean and healthy with lots of veggies and protein as it’s important to put good fuel info your body, but I also really love pizza and cookies,’ she reveals with a giggle. ‘I’d never take those things out of my diet unless I had to get ready for a shoot, event or holiday. I did go vegetarian for a year a while back, but have gradually introduced chicken, turkey and eggs back into my diet to keep things balanced. Although, actually, I adore vegan food and, as Pasha is vegan, I ate a lot of plant-based food during rehearsals.’

Achieving balance in life is another passion of Ashley’s, who regularly meditates and sends out gratitude to ‘counterbalance the more gruelling aspects of life’. She also loves reading books that help reset her mind in a positive way, citing author Cleo Wade as a favourite; enjoys ‘cosy baths with candles to connect with my more feminine side’; and often turns to reiki and crystal healer-turned-friend, Emma Knowles (lucykingdom.com), for help with her energy levels. But the one thing Ashley’s adamant about keeping going for her long-term happiness is her rediscovered love of dance.

‘I hadn’t danced for so many years so, when Strictly… came around, if felt like a gift to learn something new. I have to incorporate dance in my life going forward. I can’t not! So once the tour’s over, I’ll be going to dance classes alongside my regular fitness ones. I definitely want to keep performing… it’s what I love to do!’ And long may she continue… 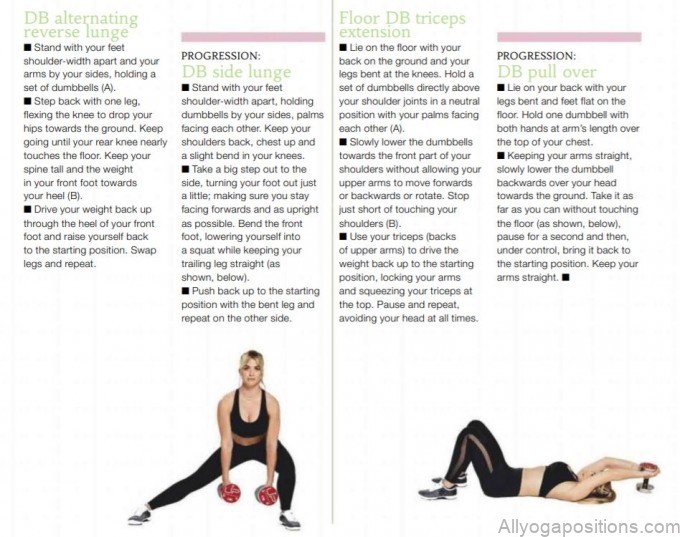 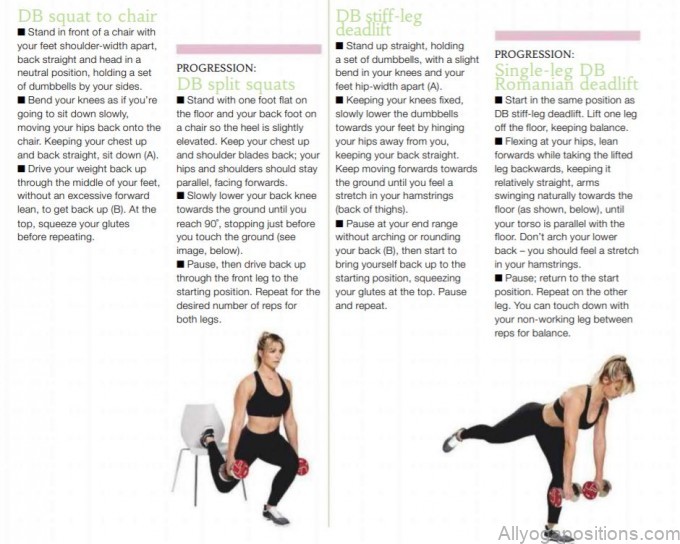 To say Ashley’s Strictly… experience was a bit of an emotional rollercoaster is an understatement. From the soaring high of being the first contestant of the series to win a perfect score of 40 for her Jive with professional dance partner Pasha Kovalev ring Blackpool week (she went on score 40 twice more) to the devastating of ending up in the dance-off three eks on the trot, and surviving that to win lace in the final, the now-TV presenter viultaneously dazzled some viewers with r performances, and drew criticism from hers who claimed her previous dance perience gave her an unfair advantage er contestants with non-dancing ckgrounds. But Ashley remains as ilosophical as ever on the subject that ew so much controversy.

‘I understand where the public was ming from,’ she says thoughtfully. ‘But as invited by the BBC to do the show, d I really was beyond grateful to do it.

Pasha and I set an intention from the very beginning to just go out there every week pretending it was our last, and to give it our best,’ she says with a fond laugh. ‘My mum also reminded me how excited I was when I first got the call to do the show, and that it was all about having the opportunity to perform, and wear awesome costumes. And that’s what helped get me back in the studio on Monday mornings. It did suck at times, and there were moments when I wondered if if was a personal thing – did the public not like me? Luckily, I have a lot of amazing mentors who’ve taught me that in life, you have a choice. And when you get knocked down, you can either stay down or get back up again.’