It is helpful to know the position of a baby near the end of pregnancy because optimal fetal positioning can reduce the length of labor and pushing and increase the comfort of the mother. Yoga and movement can help babies achieve this optimal positioning especially if the mother knows the position of the baby before labor begins. In this next section we will discuss basic baby positions (there are many variations of these positions but these are the ones you are most likely to hear about from students) and movements that assist in correcting less than optimal positioning. Remember that babies have plenty of room to move around prior to about 34 weeks so positioning can change often prior to that. 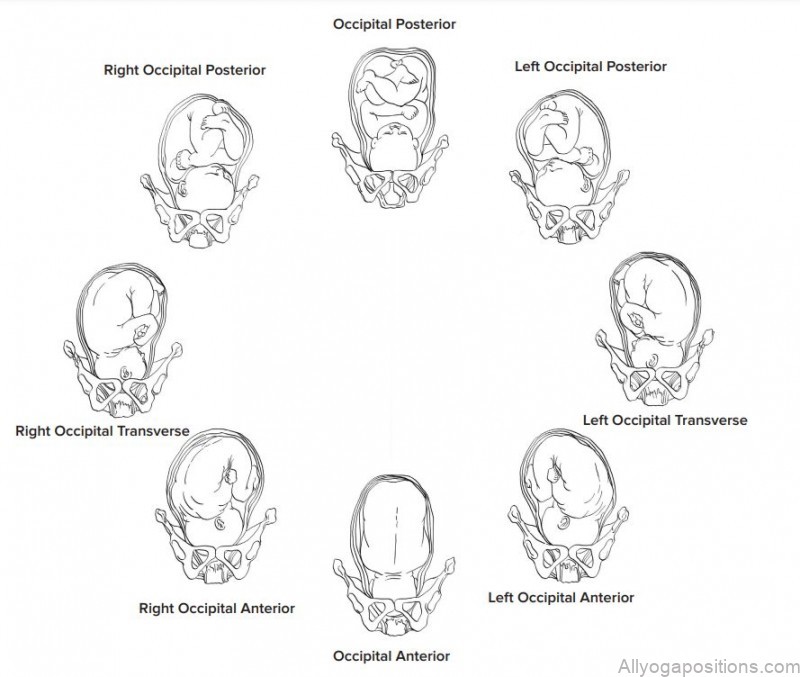 What is the optimal fetal position?

The optimal fetal position is a head down position called Occipital Anterior, often referred to as OA. Left Occipital Anterior or LOA is also an optimal position for babies at the onset of labor. In the OA presentation the baby is head down and the face is against the mother’s spine and the back of the head, the occipital bone, is facing the mother’s front. This position is optimal for a number of reasons, the baby’s head molds as it moves through the birth canal and in this position the molding happens more easily; labor with an OA baby is typically shorter and less painful than other positions.

Keeping a baby in an OA position:

• Keeping the womb symmetrical and stable using movement and gravity as well as short inversions to relax the uterine ligaments keeping each side of the uterus symmetrical.

• Once womb is symmetrical then do pelvic tilts while baby is active to assist in positioning and release tension Occipital Posterior The Occipital Posterior or OP position is also a head down presentation only the back of the head is against the mother’s back.

This position is less favorable for baby and mother. It is more likely that this position can result in the mother having back labor (feeling the contractions in her back as back pain.) OP babies take longer to maneuver through the birth canal and can lengthen the time of labor and pushing. It is sometimes difficult for health care providers to know what position the baby’s head is in. They can usually tell if a baby is in a head down position but the rotation of the head is more likely found by where the mother is feeling kicks and bulges. With the help of contractions and mother’s movement OP babies can turn in labor to a more favorable position, babies can be born in this position as well especially if the mother has an adequate pelvic outlet for baby to pass through. 30% of babies start labor in an OP position, but only 3% are born that way.

Helping to turn an OP baby:

• Inversions can be helpful to make the pelvic floor more symmetrical
• Rebozo Sifting
• Side lunges
• Pelvic Floor release
• Sacral release
• Cat Cow can help a head rotate to a position that is more favorable; however this
is more likely to be effective if the woman is already in labor or the baby is active
while performing these movements
• Sometimes a child’s pose with elevated hips and pelvic tilts can be helpful once
labor has begun if there are signs baby is OP
• Forward leaning positions encourage the heaviest part of baby (the back and back
of the head) toward the front of the mother’s body 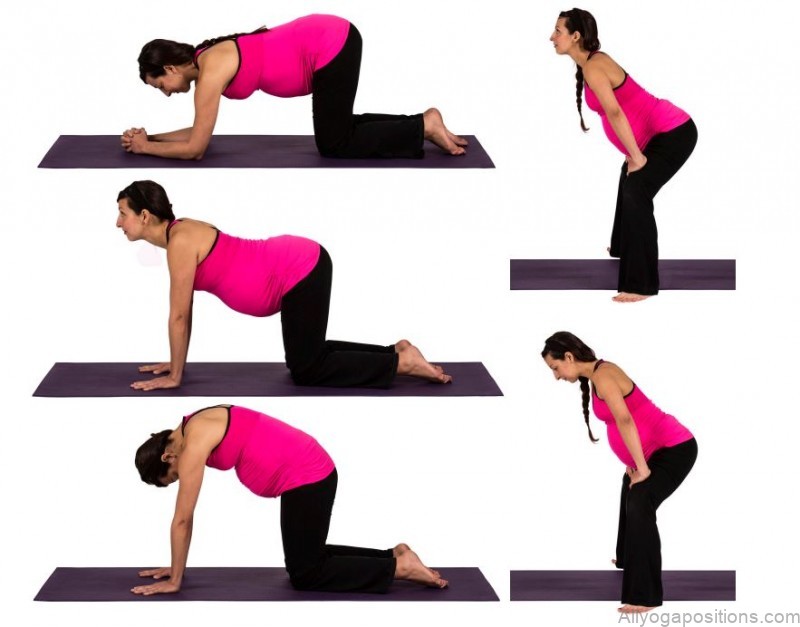 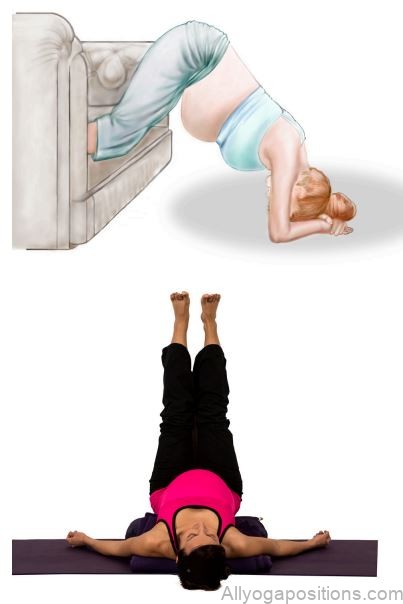 A Breech baby is a baby who is presenting with the bottom down and head up. Many doctors are uncomfortable delivering breech babies and will automatically do a cesarean if a baby is breech. There are several different kinds of breech presentations.

Mother
• May become more vocal
• Contractions strong and powerful
• “Ring of Fire”
• Burning sensation in the perineum caused by the stretching of the soft tissues
• Felt when baby’s head is crowning
• Lasts a very short time
Baby
• Presenting part is on the perineum
• Head moves to a +3 station
• At +3 station, baby’s head emerges from birth canal to +4 station (birth)
• Doctor or midwife may suction nose and mouth as head emerges
• Cord continues to pulsate once body is birthed

Stage 3: After Birth
Delivery of Placenta
Mother
• Pitocin may be administrated for placenta delivery
• Usually delivered within 20 minutes of birth
• Must be delivered within one hour of birth
• Placenta examined by practitioner to make sure it is complete
Newborn
• Apgar score
• Good condition range from 7-10
• Requires medical attention is under 6
• Performed twice at 1 minute and at 5 minutes after birth and at 10/15/20 minutes if
the 1 and 5 minute APGARs are low.